Sam Weren is an active contributor to some of the most popular lottery websites in the world, including Euro-Millions.com and Lottery.co.uk.

If you have a question about lotteries that you need an expert like Sam to answer, you can get in touch with him by emailing sam@samweren.uk.

Below you can see some of the most common questions Sam gets asked - take a look to see if the answer to your query is there.

How can I guarantee to win the lottery?

The only way to guarantee that you win the lottery is to buy one ticket for every possible number combination - but that's not realistic, no matter which lottery you play. You can, however, improve your chances of winning by covering more numbers, and that's where systems such as lottery wheels can help. The National Lottery Book: Winning Strategies goes into detail about how to play lottery wheels and other types of systems.

Which lottery is the best?

The answer to this question depends on your preferences and whether you favour winning smaller prizes more often over big jackpots that are harder to hit. Most people fall somewhere in the middle of these two extremes so for that reason the Irish Lotto is a good game. It offers a decent jackpot and the odds of winning it are not astronomical compared to other lotteries - plus there are some good prizes on offer in the smaller tiers too.

If you're after the big money it doesn't get much bigger than the two most popular games in the United States: Powerball and Mega Millions. Both have paid out jackpots worth more than $1 billion before - no other lottery in the world can claim to have done the same.

What is the biggest lottery jackpot you've ever seen?

Powerball in the US holds the world record for the biggest ever lottery jackpot at $1.6 billion. That was in January 2016 and, as you can imagine, it was big news all around the world. In the end, three tickets shared the money, getting $528 million each, which is still many times bigger than the jackpots offered in other games.

A couple of years later in 2018, a Mega Millions player from South Carolina was the sole winner of a $1.53 billion jackpot - just a few million dollars short of the world record. Sadly, we'll never know who it was as the winner decided to remain anonymous - probably wise considering the scrutiny that such a win would bring. 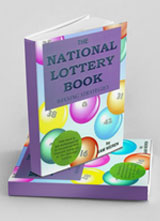 To aid your chances and improve the odds, several betting strategies and lottery systems are analyzed from around the world. 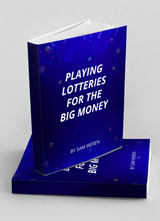 Dig into the patterns behind the numbers and find out how you can use methods such as wheeling, frequency analysis and positional picks to improve your chances of winning the lottery.